An anchor presents the news on television, the radio or internet. An anchor’s duties include investigating stories, organizing material, reporting breaking news as it occurs, conducting live interviews with experts, interacting with reporters while on air, presenting new stories to help the audience understand better, and writing news reports. 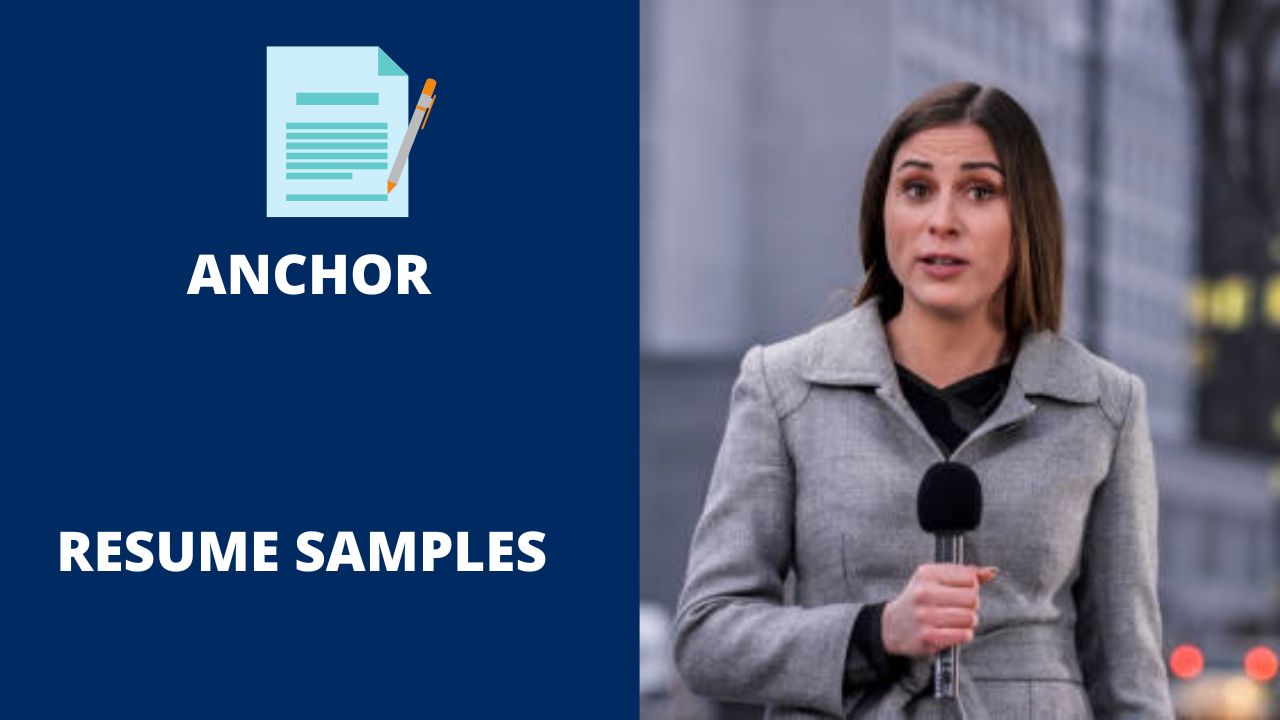 These are some examples of accomplishments we have handpicked from real Anchor resumes for your reference.

To work as an anchor, being a competitive candidate, one must obtain a bachelor’s degree in communications, journalism or related field. Anchors must demonstrate great communication, be an active listener, improvise when needed, proficient in writing, reading comprehension, social perceptiveness and interpersonal skills.