A fire lieutenant supervises a fire station and the administration of the fire company. Tasks include supervising hazardous material response, leading rescue operations and responses to public complaints, logging emergency calls and reports as well as overtime and injury reports, implementing department goals, conducting fire inspections, assuming the duties as officer in charge if they are first on the scene, and acting as Shift Supervisor in the absence of the Captain.

Qualifications include a firefighter certification, an Emergency Medical Technician (EMT) license, as well as several years of work experience in a fire department. Fire lieutenants must be skilled in firefighting and fire inspection, serving as a liaison between the public and fellow firefighters, budget management and department administration, and possess excellent physical health and strength as well as a knowledge of fire protection systems and disaster control, report writing, and local, state, and national laws and fire and safety protocols.

For many people, writing a resume can be daunting. If you are working on your own, it is easy to become overwhelmed with the amount of information you need to include and how best to present yourself. 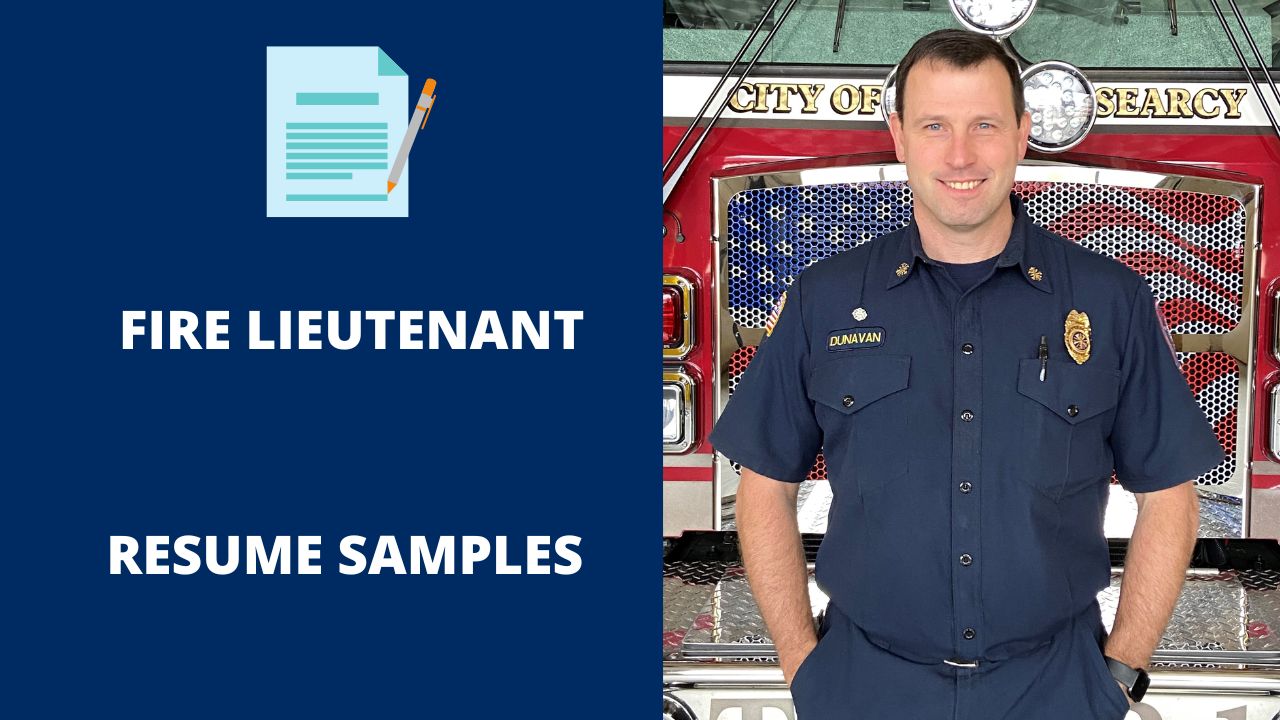 These are some examples of accomplishments we have handpicked from real Fire Lieutenant resumes for your reference.